I think many people have the experience of camping and pitching tents. However, have you ever thought that one day you can set up a tent in a tree?
Tree tents, that is, tents that can be suspended and supported by trees, are about 1 meter to 3 meters above the ground. The English name is “Tentsile”, which is mainly designed based on the principle of spiders forming webs on trees. The designer of the tree tent is British architect Alex Smith
Designer and source of inspiration:
Designer Alex Smith is 34 years old (2012) with one child and lives in Tottenham, London. Around 2005, he had already begun to think about how to make a portable tree house. After seeing the webs made by spiders on trees, the idea of ​​tents on trees came into being.
When Smith came up with this idea, he was working in a construction company and had no time for manufacturing. Due to the economic recession in 2009, there was sufficient time to complete this design. He used his savings to complete the concept version of this design and show it to consumers. Smith initially planned to manufacture about 20 a year in the design, but people’s feedback encouraged him, and he decided to increase the number of annual production.
advantage:
Fastness:
It only takes about 30 minutes to build a tree tent to be ready for use. The tools used are generally rope ladders, which is convenient and quick.
Feature:
The tree tent can not only be used as a shelter in the wild for travel enthusiasts, but it can also be used for humanitarian relief work in disasters, such as floods or earthquakes.
universality:
The tree tents vary in size, the small can accommodate 2 people, and the large can accommodate 8 people, which can be used universally.

If you want to take a special outdoor trip like us, I will introduce you a very discounted tree tent. 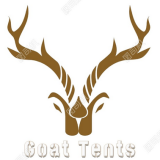